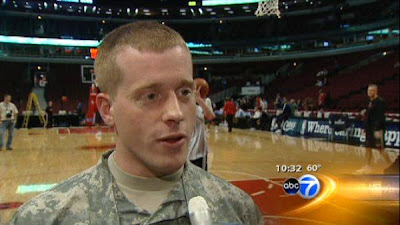 As posted on ABC News 7 - Chicago

Click here for complete article.
Posted by TL Hale at 9:57 AM No comments: 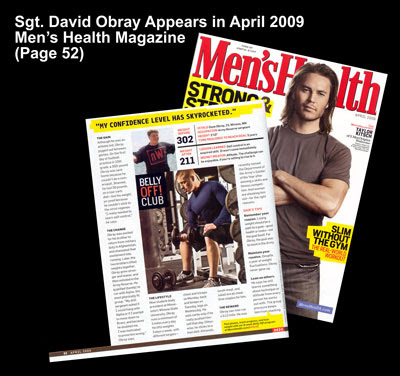 He is featured in the "Belly Off Club" section, highlighting his amazing physical transformation.

Here's an excerpt from the article.

The Change: Obray was excited for his brother to return from military duty in Afghanistan, and channeled that excitement into running. Later, the two brothers lifted weights together. Obray grew stronger and leaner, and then enlisted in the Army Reserve. He qualified (barely) to run with Alpha, the most physically fit group. "My drill sergeant asked if I could hang with Alpha or if I wanted to move down to Bravo, and because he doubted me I was motivated to prove him wrong," Obray says.

To read the entire article, visit Men's Health magazine.
Posted by TL Hale at 5:13 AM No comments: 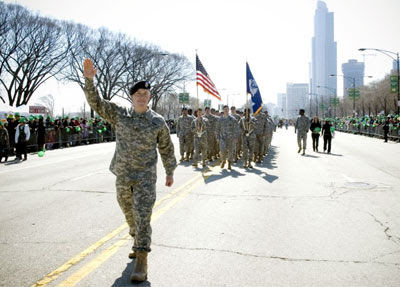 Army Reserve and Deparment of the Army Soldier of the Year, Sgt. David Obray, marched in the 54th Annual St. Patrick's Day Parade in Chicago on Tuesday, March 17, 2009.

Soldiers from the Chicago Recruiting Battalion, 416th Theater Engineer Command (USAR) and ROTC Cadets from Loyola University and DePaul University marched in the parade. The parade route was lined by over 250,000 spectators on Columbus Drive. Obray marched in front of the combined formation and was announced separately, for his achievements as Soldier of the Year.

Click here to view additional photos.
Posted by TL Hale at 6:12 AM No comments: